We Believe in Israel delivered a 5,000 signature petition to International Development Secretary Alok Sharma MP, calling on the Government to “use its leverage as one of the major donors to the Palestinian Authority (PA) to insist that it ends the practice of paying salaries to convicted terrorists.”

The petition cites data from Palestinian Media Watch (PMW) that from January - May this year the Palestinian Authority paid £52 million (234 million NIS) to people convicted of terrorist offences and that has increased by 11.8 per cent since 2018.

Luke Akehurst, Director of We Believe in Israel, said:

“It is morally unacceptable that British taxpayers’ money is being given to the PA as aid funding when at the same time the PA is spending millions rewarding terrorists. As a donor state, the UK has a duty to call out and condemn this reprehensible practice.” 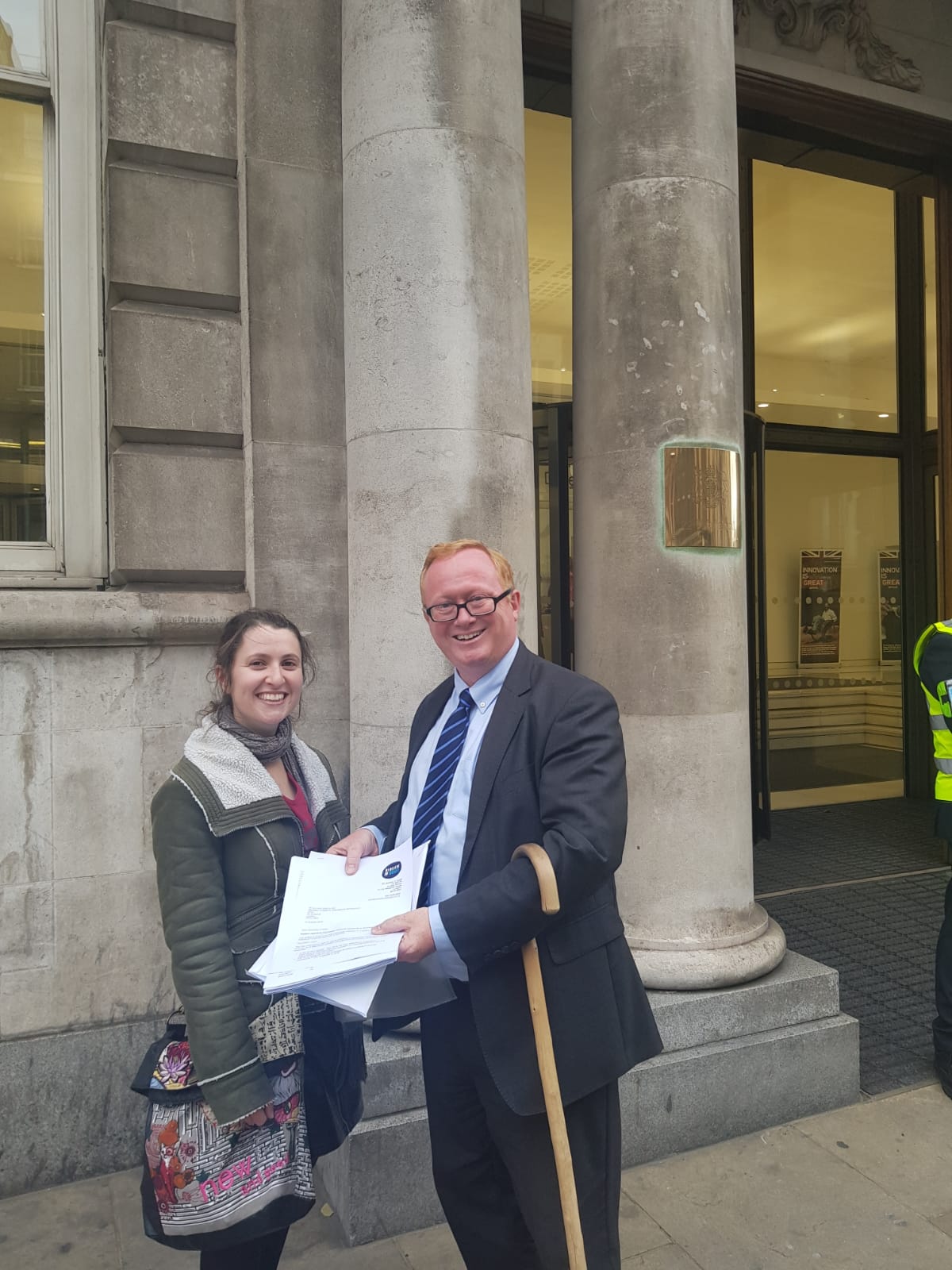 Luke Akehurst (Director) and Rachel Kaye (Campaign Manager) of We Believe in Israel handing in the petition at the Department for International Development in Whitehall.

5,044 people have signed the petition to date. It can be found online at https://www.webelieveinisrael.org.uk/terrorist_salaries.